He was seated at the end of one of those eight foot long folding tables that usually spend their entire life in the school cafeteria. Today, an endless ribbon of tables had been furloughed to snake their way around the Illinois Wesleyan University fieldhouse. Framed by the garish green and white "Home Of The Titans" banner and a poster board sign scribbled with "Th. Dept." he didn't look menacing. He had, however, the unmistakable aura of a man very bored with sitting in this fieldhouse, dealing with schedules, class conflicts, and housing screw-ups. Instead, he belonged in -- and to -- the Theatre. That's what made Dr. John Ficca the new top dog of Illinois Wesleyan University's McPherson Theatre and precisely the right man for the job.

I had auditioned for his predecessor, Dr. Tucker, and won acceptance into the department. But after the ten-thousandth person tells you how lucky you were not to have auditioned for Dr. Ficca, you can't help developing a little angst when the time comes to meet him. Well, the time had come. My thoughts began to spiral out of control. Would he, could he, make me audition all over again? Who knows? I might have to audition right here, right now.

"Not prepared!" he would boom so everyone within earshot could hear, "A real actor is always prepared. You, sir, are dismissed!"

As I approached the "Th. Dept." table he looked up over his black-rimmed reading glasses at me as I handed my stack of registration papers, transcript, and schedule.

"Mr. Hogan," he said, not a question exactly, not exactly a statement either. I fought back the urge to look around to see if my father had somehow magically appeared behind me, since "Mr." was a title I'd not heard much at age 19.

"It says here you're transferring in from Eureka College, but I don't remember you auditioning for me."

"I auditioned for Dr. Tucker," I managed to squeak out.

Again came the glance over the glasses.

"Are you any good?" he asked in a flat tone of voice.

This was a trick question, of course. No, this was the trick question of all time. If I say yes, I'll be branded as cocky; worse yet, a troublemaker. If I say no, how could I be worthy of IWU's acting program? I'd been voted best actor at Eureka, but it was a very, very, small school. He peered up at me, I lamely smiled down, and said, "I'm pretty good."

"Mr. Hogan," the good doctor confided, "you've chosen the most competitive, difficult, demanding, infuriating, and vicious way to try to make a living on earth and if you're not really good, then, you'll never make it. See you in class."

The truth sometimes hurts but it's always the truth.

Now, after 25 years of making my living as an actor I realize Dr. Ficca left out one, important fact. The most competitive, difficult, demanding, infuriating, and vicious way to try to make a living on earth, is also the most fun.

Excerpted from VO: Tales and Techniques of a Voice-Over Actor 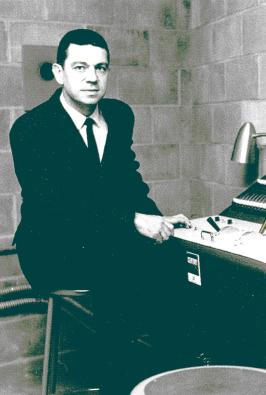 The doctor is most definitely in:  John Ficca


Editor's Note:  Harlan Hogan's journey from being "a painfully shy kid, son of a steelworker" to becoming one of America's favorite voice-over actors included an important stop at Illinois Wesleyan, where Hogan graduated as a theatre arts major in 1968.  A chapter from his book, VO: Tales & Techniques of a Voice-Over Actor (2002, Allworth Press, New York), excerpted below, describes Hogan's first memorable meeting with IWU theatre professor and campus legend John Ficca, who retired last spring.  For many of IWU's theatre graduates, the description should bring back fond -- if slightly traumatized -- memories. 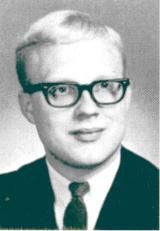 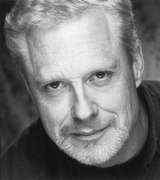 A current 'not so painfully shy'
picture of Harlan